As a kid I grew up on his movies. The were always exciting. Brought a toy plane when i saw 'Top Gun'.
He will always be remembered. RIP tony and what a way to go .... 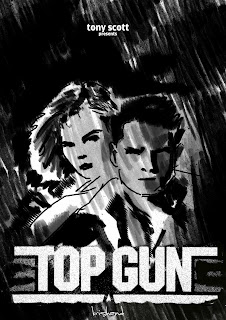 Brought new batteries for my Iball tablet and then quickly made a few artworks. 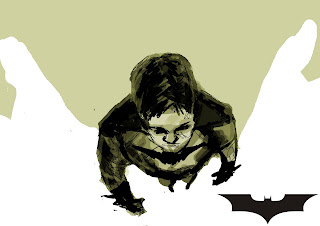 testing GIMP with a bat pic 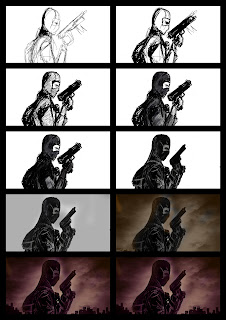 Breaking bad and a chick with a Gun 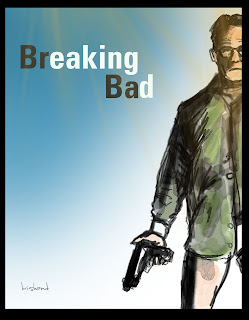 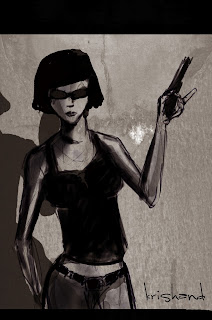 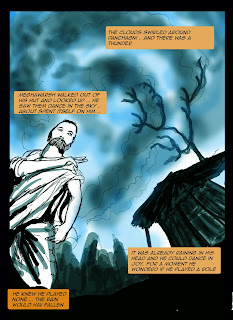 My short film assignment for Video communication helped me move a little further in understanding what ‘pretentious movies’ and ‘real movies’ are. (mine was pretentious)

The efforts paid off and I got a chance to work with “Santosh Thundiyil” one of the biggest names in Indian cinema.
My internship with him as a member in the crew of camera assistant opened up a new arena of possibilities to me.
Being a part of Sanjay Dutt starer “Sher” was an incredible experience. 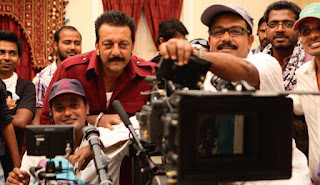 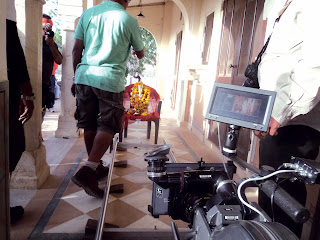 The Puja before first day shoot 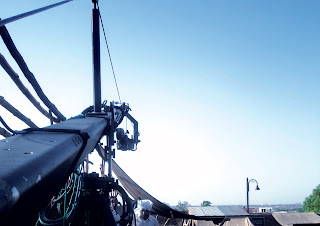 What did Jimmy say to Dolly

The blatant heat of Rajsthan, the bottles of water that i Drank on the set along with my vertebral  disc which tingled the borders of pain...I saw it all.
The set, the script, the actors, the Extras, the art directors and what more to say became friends with a few of them. 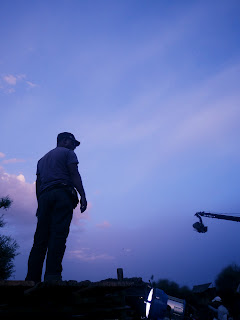 The Daylight saying a good bye

Though the ideology of the subtle storytelling techniques that I pursue was nowhere in sight the process was intense and the experience has rolled up to a corner in my memory which will be visited often to reuse the artifacts. 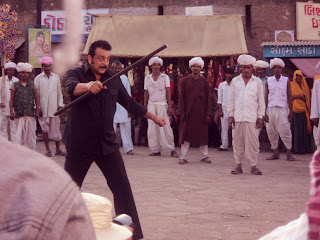 Action scene from the movie 'Sher'

Santosh sir gave me freedom to roam around and explore and thats what i did. My lighting sense has improved and now i can comprehend the possibilities of art direction. 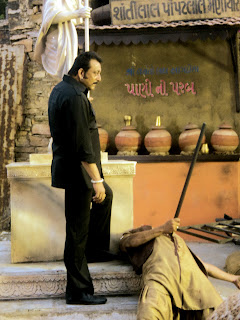 because 'baba is Baba", Sanjay  Dutt

Thank  Santosh Thundiyil, Sudesh balan sir and most important of all “God” for letting people notice my work even though for a short period.
......and as i would quote my Dad “even this shall pass”.....next is what ?????
Posted by mr. green at 12:18 AM 1 comment: