A comic book awaits a good artist. A short movie script awaits a cinematographer
I have reduced on the scribbling. Weeks of making our website left me gasping for breathe. No serious artwork done .


A cisco flip camera is  on its way from ebay.


Working on concepts for my big project at IDC. Limiting dreams to possibilities and limiting possibilities to my current economic norms.


Finished the watchmen comics again and saw the movie. (mixed feelings). Made a rorschah's and added his quote. 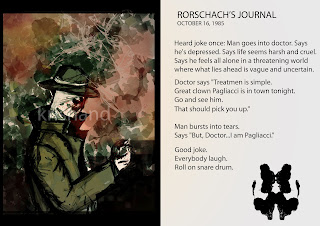 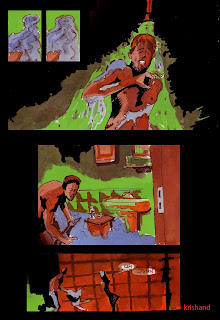 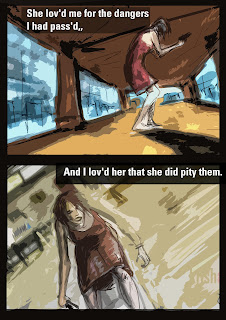 desdomona- scribble
The blog must go on

Scanned the concept arts I did for 'Case 356' and colored it ..to compare with orginal movie screen shots ..

the concept art was made in earlier jan and movie (4 Min) was shot in late Jan. Posting it here. 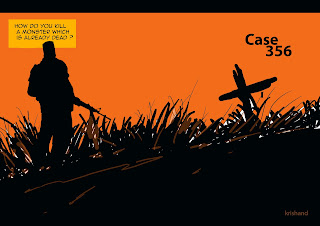 the scene as i envisaged it. Could not achieve this.

the gun shot scene ..almost there

scene taken out from the movie ... illogical..and that's me as a dead guy. 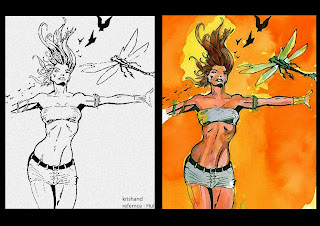 Watching a few good movies and resting my back.  .. Also posting a study that i did in December. ref taken from a Hulk comic book and my share of wisdom added to it. The one on the right is the basic ink version. (bril indian ink) and the one on the right (total -handwork transparent ink)
Posted by mr. green at 9:51 PM 1 comment: