Somehow the course visual design 2 didn't turn out to be as envisaged.
Moreover the assignments were frustrating. 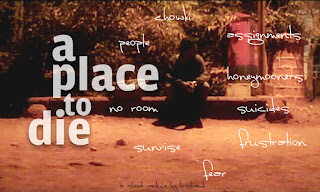 A screenshot from the film

My people skills were becoming weaker than usual. Angry and depressed with a 5 day break I sat in my room indecisive.

I had to escape from the norms and rituals of doing what I don't want to, so I ran. I have heard about this place called Matheran. With 600rs in my account i packed my bags and left.

Video trailer of the 10min travelogue

Vehicles are not  allowed in Matheran and I reached there after 7.00, had to follow a lonely railway track alone, was not allowed a room since they don't give rooms to lonely travelers. (lot of cases of suicides), loitering around late night without a room i recorded everything on my flip camera. 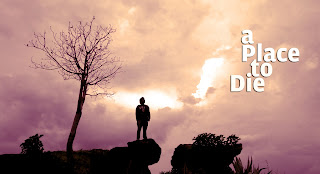 A place to Die is not a flawless/amazing piece of art. Its a very personal documentary which i will soon share on you-tube. People who know me will love it while others may take it as pretentious.

A place to die from krishand rk on Vimeo.

It took 5 minutes  but the movie was so inspiring that I couldn't help.
couldn't get a better font. 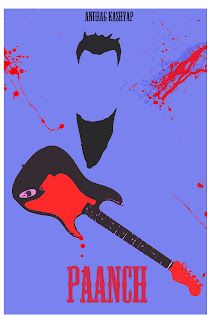 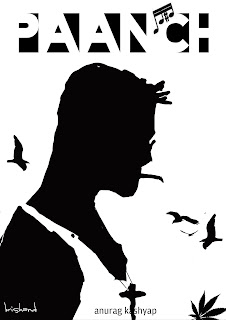 Dedicated to KK menon - The LUke